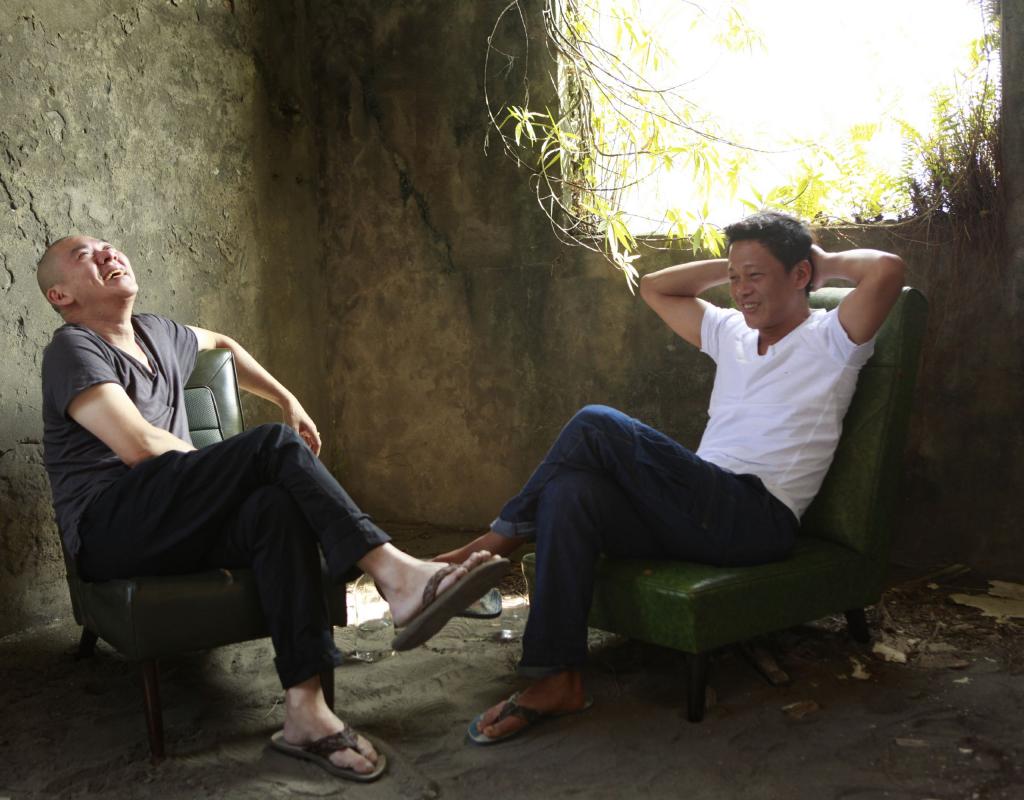 Buy a ticket + to my agenda
Share
SPECIAL PRESENTATION

Two men sit on easy chairs in the corner of a ruined building. Through the old windows, an almost supernaturally green jungle creeps into the bare concrete space. Filmed from a moderately high angle, the men occupy the right third of the frame. While the camera focuses on them, they talk. About everything. Their memories, individual and shared, their lives, families, desires, the end they fear. Also and especially, creativity. The two men are Tsai Ming-Liang and his go-to actor, Lee Kang-sheng, whom the Taiwanese filmmaker used in his first feature film, Rebels of the Neon God (1992), and in every other including his latest, Stray Dogs. Reminding us how rarely we have the privilege of seeing inside the intimate relationships that can exist between a filmmaker and an actor, Afternoon is a film of ever-increasing sincerity that ultimately, with apparent effortlessness, goes straight to our hearts. Shown at the most recent Venice and Toronto festivals, it is also a film that celebrates the art of conversation; part essay, part testimonial, all precious document.